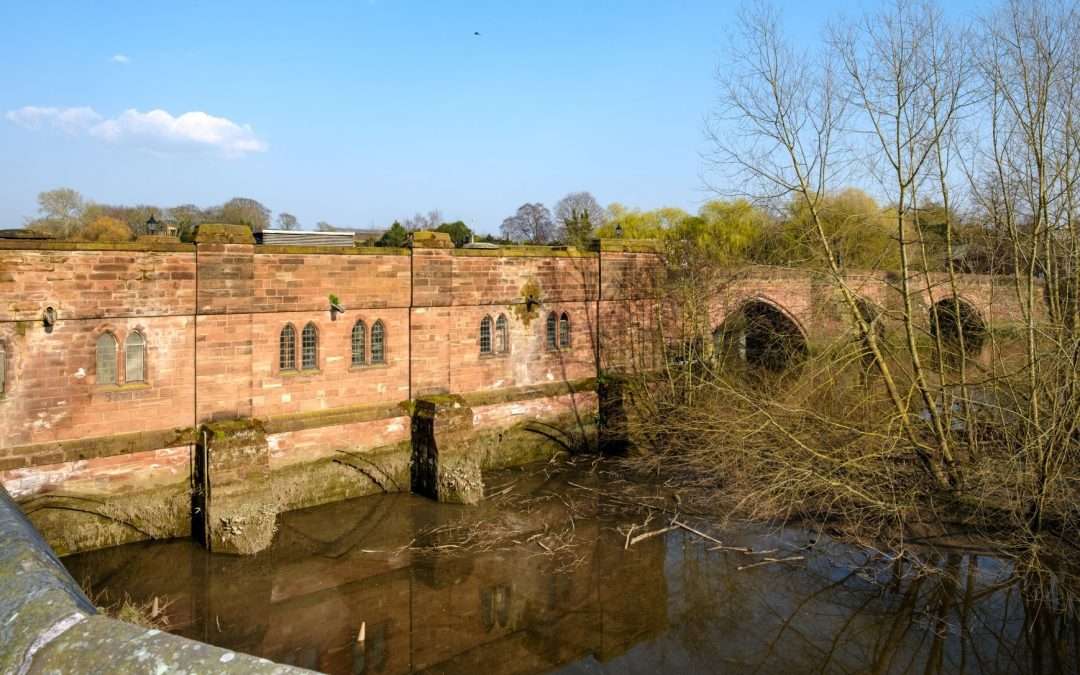 North West England and North Wales is soon set to benefit from a state-of-the-art centre to celebrate the history of decarbonised energy in Cheshire and the North West and promote the future of clean energy. The old Hydro-Electric power station on the River Dee in Chester has been identified as the ideal site.

Chester generated its own clean carbon free electricity for half of the City’s electrical needs until 1948 from the Hydro Electric Building on Castle Drive next to the Old Dee Bridge and opposite the University of Chester’s Riverside site.  This building, currently unused and redundant, is being proposed as a Hydro Hub; a focal point for residents, schools and visitors to learn about what a low carbon world will look like and how all aspects of our lives will change as new technologies remove emissions from our industry, commerce, agriculture, homes, transport and food.

The recent announcement of £72M of funding from central government and local industries to develop detailed designs and consenting for HyNet North West, a Hydrogen based zero carbon industrial cluster across the region is just one example of the exciting technological developments and new skills development and career opportunities that will be created as The Government in Westminster, Cheshire West and Chester Council and the University of Chester deliver on their commitments before Net Zero Climate Change 2050.

Plans for the Hydro Hub will be prepared during 2021 after which funds will be raised so that the building can be redeveloped and the visitor and education centre will open.  A new Community Interest Company called Cheshire Heritage and Sustainability Enterprises CIC, or “CHASE”, has been set up to create and manage the Hydro Hub, partnering with local businesses and the council. CHASE is already working alongside Cheshire Historic Buildings Preservation Trust to develop designs and plans for operation as an education centre for schools, residents, visitors and potential new business investors.

In addition to developing the Hydro-Hub, CHASE is planning an annual Green Expo event which will be a trade show and sustainability fair on the banks of the Dee next to the Hub.  This will be an opportunity for local businesses and charities to showcase their sustainability plans, products and services.  The general public will have opportunities to buy products while learning about technologies and career opportunities.

Chair of CHASE CIC, Chester based Dr Niall Macfadyen said; “The site was chosen for the Hydro Hub centre because of its unique and long history of low carbon energy production.  Situated on Chester Weir, where water powered mills and factories had existed for over 850 years, a building was constructed there to produce Hydro Electricity from 1913.  When opened the plant generated almost half of Chester’s electricity needs and continued to operate until 1949.

“In 1952 the building became a water pumping station until 2015, helping to pump clean drinking water from the River Dee to half a million people but it is no longer used.  Owner Cheshire West and Chester Council has been very supportive of our vision to transform the building into the Hydro Hub education centre.

“We are also talking to HyNet North West, the ‘Clean Energy from Hydrogen’ project based here in the North West, the University of Chester and other major local companies about support in turning the Dee Bridge Hydro Building from its unused state to a thriving visitor attraction.”

He added; “Visitors to the centre will experience live, virtual reality and hands on demonstrations of many of the new technologies that we will use in our everyday lives as the country moves towards its net zero goal.”

Cheshire West and Chester Council Leader and Cabinet Member for Wellbeing, Councillor Louise Gittins said; “The Chester Weir, Old Dee Bridge and the water powered industries that operated there are important Heritage assets for the City of Chester with a history dating back to the 11th Century.   I look forward to seeing the proposals from CHASE and the CHBPT, following a public consultation, on how we can bring the old Hydro Electric power station building back into use for the benefit of the public, to tell the stories of how the Weir shaped the history of Chester and its people and how clean energy will also shape our future.”

Tony Barton, Chair of Cheshire Historic Buildings Preservation Trust, said; “The Cheshire Historic Buildings Preservation Trust is committed to finding sustainable new lives for our rich and varied heritage.  The Hydro is a Listed building, hidden in plain sight and we will seek creative and sympathetic ways of opening it up for Chester’s citizens and visitors.”

John Egan, North West Lead at Progressive Energy and Director of CHASE said; “The Climate crisis that we are facing demands urgent and meaningful changes in how we travel, grow our food, heat our homes and fuel our industry.  There is no single solution, but instead multiple actions are required.  Some of the technologies are new and unfamiliar, and the Hydro Hub will be a place to come and learn.”

Professor Eunice Simmons, Vice-Chancellor, University of Chester said; “We are excited to be involved in the Hydro Hub project, connecting the city’s history with the region’s urgent transition to a low carbon future through the repurposing of an historic site.

“Through our Citizen Student strategy, the University is committed to equipping its students to be confident and active citizens for a sustainable future. The Hydro Hub is a unique opportunity for students and staff from a variety of disciplines, including Computer Science, Engineering, and Tourism Management, to work together on the development of innovative, interactive visitor attractions and educational tools to benefit both our community and visitors to the city.”

Councillor Matt Bryan, cabinet member for climate emergency for Cheshire West and Chester Council said; “This is a fantastic community initiative bringing a disused public building back to life with cutting edge technology at the heart of it. This will go a long way in highlighting the technologies we will need to be implementing to reach our carbon neutrality target of 2030 for Cheshire West and Chester and 2045 for the Borough.”

Councillor Richard Beacham, Cabinet Member for Inclusive Growth, Economy & Regeneration at Cheshire West and Chester Council said; “HyNet, Protos and the plans for the wider Ellesmere Port Industrial Area will position Cheshire West as a world leader in low carbon energy, technology and innovation. It will create thousands of new jobs for people in our area and for Ellesmere Port, a town with a proud industrial past, it delivers a green industrial future. Equally for Chester, a city proud of its heritage, the Hydro project will bring a historic building back in to use and create a new attraction which boosts jobs in Chester’s visitor economy.”